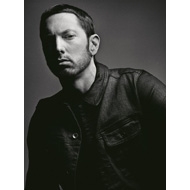 Add artists/groups into Favourites, and get the latest information! 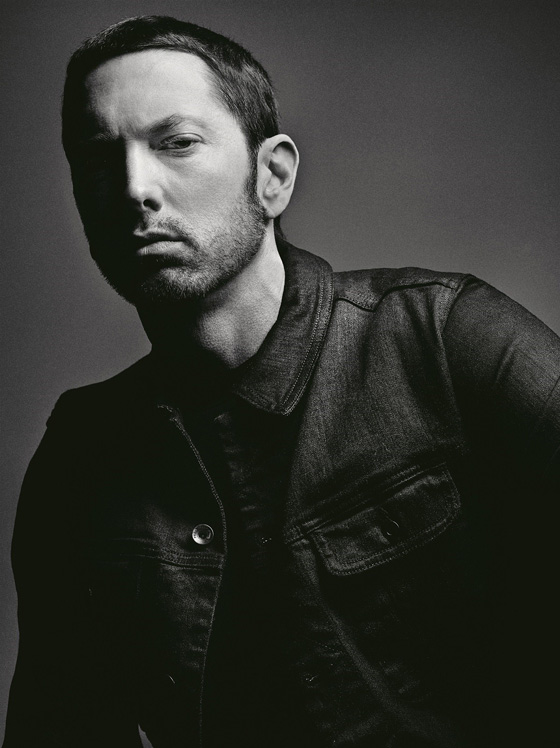 The world first got an eyeful of Eminem, whose real name is Marshall Bruce Mathers III, when he burst onto the US music scene with his 1999 debut 'Slim Shady LP'. But his life, both on and off stage, had been troubled for most of his life.

Born October 1973 in Kansas City, Missouri, Eminem settled in Detorit at the age of 12 after moving to many states with his mother, whom Eminem later accused in his songs of drug and physical abuses and was eventually countersued by her. Eminem took to rapping to escape from his both mentally and economically hard life during his childoohd, which had a great influence on his lyrics, and join the local rap group D12, which now remains home to Eminem.

It was 1997 that Eminem created an alter ego Slim Shady, which provided him a place to start. Interscope label president Jimmy Iovine, impressed with Eminem's rapping, introduced him to the West Coast rap mogul Dr. Dre. Dre adopted Eminem as his protege and signed him to his own label Aftermath. He also co-produced Eminem's debut set 'Slim Shady LP', based on the young rapper's previous independent release 'Slim Shady EP', and released it 1999. Capturing the right mix of Eminem's insanity, angst and sorrow, the set became a huge success, debuting at No. 2 on the US chart and yielding Grammy-winning smash 'My Name Is'. But we now know that it was only a warm-up.

The time was not wasted. Released less than one year after the debut set. his sophomore 'The Marshall Mathers LP' stormed to the top of the charts and had the best sales week of 1.76 mil. copies as solo artist. The set ruled the US charts for eight straight weeks and was nominated for several Grammy Awards. Eminem went on a co-headling "Up In Smoke" tour with Dr. Dre and Snoop Dogg, followed by "Anger Management" tour with Limp Bizkit, At the 2001 Grammy Awards, he performed with Elton John, one of the attacked in his songs, to fend off the oppositon from women's and gay and lesbian community. The performance was the most touching moment of the show, after all. In the meantime, Eminem teamed up again with his longtime local friends, D12 to release its debut album 'Devil's Night', which became another chart-topper worldwide.

While being pushed to stardom, Eminem's personal life was was filled with personal turmoil as ever. Eminem and his wife Kim asked each other for divorce and Eminem was arrested on an assault charge. But it seems that all the troubles fuel his artistic motivation.

Two years from 'The Marshall Mathers LP', Eminem's latest studio album 'The Eminem Show' was released 2002. The more mature and well-crafted album immediately topped the charts in US and other parts of the world and ended up in the best-selling album of 2002. The video for the first single 'Without Me' was a controversial one as it features the rapper playing a comic superhero and the late Elvis Presley and Osama bin Laden. Shortly after the release of 'The Eminem Show', he made a silver-screen debut on '8 Mile', his semi-autobiographical movie directed by Curtis Hanson ('LA Confidential') . The movie and the soundtrack followed the success and the featured song 'Lose Yourself' became his first US No.1 song. 'Lose Yourself' won the Oscar for Best Original Song, while 'The Eminem Show' and 'Without Me' were awarded the 45th Grammy's Best Rap Album and Best Short Form Music Video, respectively.

At last, Eminem will be coming to Japan for the first headlining concert, with D12 and another controversial rapper 50 Cent in tow. He will be playing May 23-24 shows at Makuhari Messe, Tokyo. It's almost two years since his apperance on 2001 Fuji Rock Festival, which was his last performance in Japan.

Eminem is one of the rare artists who become a better performer the larger his audiences become.